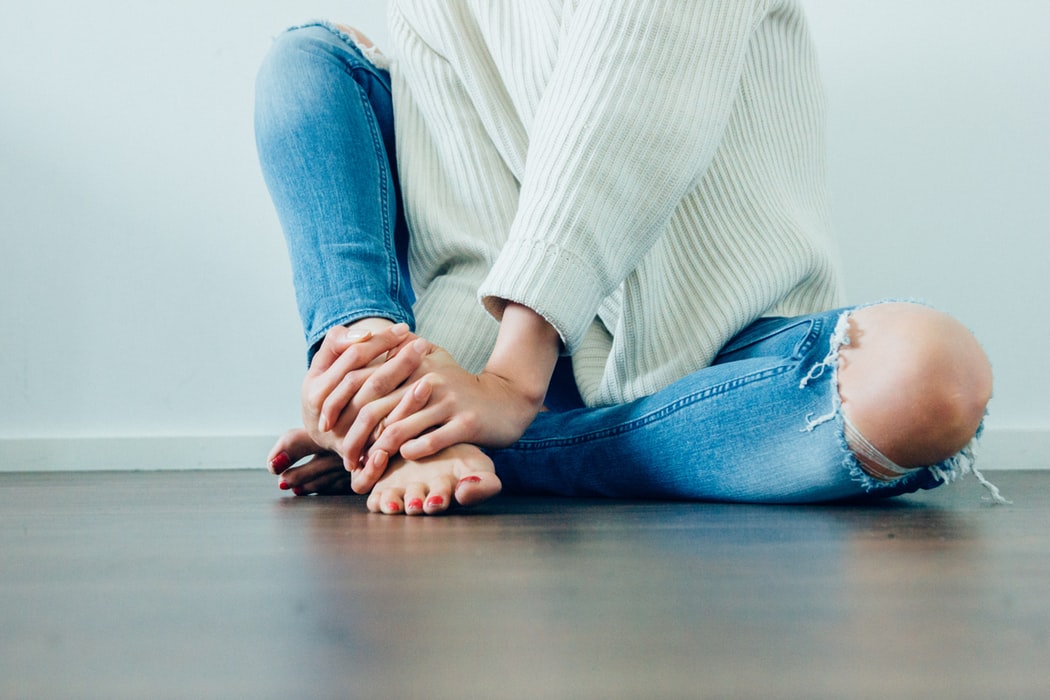 10 Things People With Autoimmune Diseases Want You to Know

When your immune system mistakenly attacks hormones and other substances that are a part of normal bodily processes, you may be dealing with an autoimmune disease. These strange conditions are becoming more common and more easily diagnosed, but many still fall under the radar of traditional medicine. And if you don’t have firsthand experience with autoimmune diseases, it can be difficult understanding what’s going on or what the big deal is. So, we asked some of our friends and patients and compiled a list of 10 things people with autoimmune diseases want you to know. Let’s get started!

1. Even though I look fine, I’m probably not.

Every day is different when you have an autoimmune disease. One day you’re dealing with fatigue, the next it’s aches and pains, then brain fog or tingling fingers. Even on better days, someone with an autoimmune disease is still probably not 100%. And on those worse days, you’ll find them sick, in pain, and recovering at home. Odds are, when you see a person with an autoimmune disease, it’s on a better or moderate day. She’s used to coping with her symptoms and working through them, so it may be hard to know she’s unwell. Comments such as “You’re sick? But you look great!” are regular occurrences. It’s normally meant as a compliment to lighten the mood, which is appreciated, but it reminds the subject of a couple negative connotations:

To expand on the second point, we get it. It’s hard to say the “right” thing to anyone who is going through a difficult time (health related or otherwise). You don’t want to make light of someone’s hardship, but you also want to stay positive and encourage them. Instead of saying, “You’re sick? But you look great!”, try saying, “Sorry you were unwell yesterday. I’m glad you’re here now; you look great! Are you still having symptoms? Just let me know if you need anything.” It’s a bit of a mouthful, and you don’t need to say that exact script, but it covers all the right bases: Condolences, encouragement, understanding, and an offer to help wherever needed.

The takeaway: People with autoimmune diseases understand that you mean well, but that doesn’t mean you said the right thing.

2. Type 1 Diabetes isn’t a punch line and definitely isn’t caused by too much sugar.

Alternate title: “I have diabetes. I eat a dozen donuts. I still have diabetes and the donuts have nothing to do with it.” We’re all familiar with Type 2 Diabetes, but contrary to popular belief, poor diet and a lack of exercise aren’t the causes of it. There’s always more going on behind the scenes than just one simple cause. Then we have Type 1 Diabetes, which the average person is even less familiar with! In short, both types have to do with a lack of insulin. People with Type 1 make no insulin at all because the immune system has attacked the insulin-producing part of the pancreas. Those with Type 2, on the other hand, simply don’t make enough insulin to regulate their blood sugar.

There is so much misinformation surrounding diabetes, and what may surprise most people is that both types of diabetes are autoimmune diseases. Whichever one we’re talking about, it shouldn’t be a joke. The point here is that if you don’t have firsthand experience with something serious like this, don’t make jokes or assumptions about it. Dealing with misunderstandings about diabetes (or other autoimmune diseases) can be annoying and hurtful. No, autoimmune fighters don’t want others walking on eggshells around their words. They just want people to try to be considerate and live by the age-old saying: “think before you speak.”

The takeaway: Please don’t assume anything or make misinformed jokes.

Alternate title: “No, I haven’t tried ______. I appreciate the help, but please don’t swear by something that may not work for me after all.” This might depend on how long someone has known about her autoimmune disease. Right after being diagnosed, some patients might look everywhere for solutions and even ask friends and family for help. But if it’s been years upon years, you can bet a person has heard of and tried just about everything. Odds are, she’s even gotten her hopes up about some products or treatments, only to be disappointed in the results. When people come along excited to share all of their knowledge about your condition, it can be more hurtful—and honestly annoying—than anything else. Everyone wants to be the one to find her solution, and yes they mean well, but it gets tiring after a while.

Part of the issue here often comes from acquaintances trying to share all their information with her. If it’s close friends and family offering help, she may not mind so much, but talking about a difficult subject with someone she isn’t close to is just uncomfortable. If you want to help but realize you are not very close to someone with an autoimmune disease, just ask broad questions and watch for any hints that you’ve crossed a boundary. You can say, “Oh, I’m sorry you have to deal with that condition. I’m a little familiar with it. Do you mind if I ask what kind of treatments you’ve had to try?” If the person you’re talking to seems comfortable enough with you, analyze the situation and mention what solutions you know of that might help. But in doing so, don’t swear by any of it or insert, “Oh, you have to try ____.” Humbly share what you know, and trust the other person to do what she thinks is best.

The takeaway: Don’t swear by any product or treatment and respect the choices others are making in regard to their health.

The takeaway: Consider your words and discern if the listener could draw any negative connotations from them.

5. No, I’m not faking. Would you like the numbers of the 10 doctors I’ve seen who can confirm that I am sick?

When you have a disease that isn’t visible to others, you’ll be met by people who think you’re faking—and will try to call you out on it. We’ve talked about words that can be hurtful, but this might be the most hurtful thing you could say to a person with an autoimmune disease. It’s not made up, it’s not for attention, and it really is as serious as they say it is. No one wants to live in isolation or miss out on too many big life events. In fact, those with autoimmune diseases often push themselves too far and get even more sick. They just want to feel well and live a somewhat “normal” life. Assuming that they’re faking is just downright offensive.

The takeaway: Don’t assume anyone is faking. It’s that simple!

6. Be understanding of my condition, but please treat me like a normal human.

You can just tell when people treat you differently (or even if they so much as view you differently!). Like we’ve said before, we understand that no one really knows what to say. You want to ask how your autoimmune friend or coworker is, but you’re not sure if asking about their disease is too personal. Instead of that being the first thing on your mind, think instead about his or her family or other aspects of life. People living with chronic illness don’t want that to be a defining factor of who they are, even if they are fairly open about their condition. Some may love the lessons it has taught them and the opportunities it has made to comfort others, but no one wants to be defined by one single aspect of his or her life.

When thinking of conversation topics, starting with anything considered “normal” is a good place to start. Perhaps the topic of illness will come up naturally, and if not, it doesn’t hurt to ask politely after a while. The exception to starting with “normal” topics may be if your friend has just come from a doctor’s visit they informed you about previously.

The takeaway: Gauge the situation, be considerate, and let things flow naturally. If your mind constantly gravitates toward your friend’s illness, redirect your thoughts to any interests they have and other aspects of their being.

To continue the point: “Eating the wrong things will make me sick for days… even a couple weeks. And yes, even some traditionally ‘healthy’ foods are bad for me.” Diet is a huge deal when you’re trying to manage your autoimmune symptoms. Medication does very little to help with long-term healing, so holistic practices like Health Connection focus on finding root problems and adjusting diet/lifestyle habits. For example, tomatoes are delicious and healthy, but if you have Hashimoto’s Disease, their acidity can make your symptoms worse. Knowing what foods will help or harm your autoimmune disease and knowing what you are sensitive to will greatly impact your symptoms.

Even basic, widely-loved foods like rice can be problematic for some people. When ordering at restaurants, it’s not uncommon for autoimmune fighters to be questioned about their choices: “No rice, corn, tomatoes, baguette, or dressing?! Just lettuce and chicken with fruit on the side? And no oranges in that fruit?” Oftentimes, waiters repeat your order back to you just to confirm. Other times, it’s done with judgment and annoyance. There’s also the common remark, “What can you eat?”

Next, we have the issue of trying to find a restaurant that has suitable food. Most family and friends are understanding and will accommodate, but there’s always that one person. Even harder are the times when you are being hosted at someone else’s house. If they know you have dietary restrictions, they often try to accommodate, but other times… you just hope for the best.

The takeaway: Trust people to know what they can handle. Believe us, they don’t want to have difficult orders. They also don’t want to feel any worse. And odds are, they’ve already had to compromise and eat something they shouldn’t.

8. I’ve had too many blood tests to count and the doctors still can’t figure me out.

9. 16 years of trying to get my thyroid levels “normal” affects every aspect of life.

Whatever autoimmune disease you have, you can probably relate. Trying to manage your symptoms is a holistic matter. Just taking medication isn’t going to fix everything, so everything changes. Your regular diet, exercise, sleep, work, and daily schedule all get overthrown when you start treating about your condition.

The takeaway: Eventually your lifestyle changes become a new “normal,” but that doesn’t make it all easy.

10. Low energy is my nemesis—please don’t assume that I’m lazy!

Extreme fatigue is one of the most common symptoms between autoimmune diseases. We know that in this busy world, everyone is tired, but the fatigue we’re talking about is a little something extra. Most people can feel rested after a good night’s sleep, but that is not how it works for those with autoimmune diseases. Even after 7 or more hours of sleep, autoimmune fighters may still be fatigued. It’s a chronic problem—not a situational one. It’s the kind of fatigue that most of us only get after working overtime or moving to a new home. It’s debilitating. And, if you have an autoimmune disease, you deal with it every day—not just under special circumstances.

The takeaway: People with autoimmune diseases suffer from chronic fatigue, not basic tiredness. They are not lazy; in fact, they probably already worked harder than they should have.

As you can tell, autoimmune diseases are a strange breed. If you want to take a holistic approach to your health with a team that feels like family, contact our office today. Our goal is to get to the root of your symptoms and encourage natural healing. Regain your health and get back to doing what you love!